Google Maps Street View is often used by the public to look at popular destinations such as famous landmarks. Some of the famous landmarks that can be spotted around the world include the Eiffel Tower, and the Empire State building. But Google Maps also has photos which are added by users of the tool which often include never before seen angles and points of view.

The tool is also useful for those who don’t get the chance to travel long distances and want to have a look at the world from their own homes.

It is even more useful for those who have a fear of flying or won’t get a chance to see much of the world.

But sometimes the huge lens captures some very strange and funny scenes that range from people to animals. 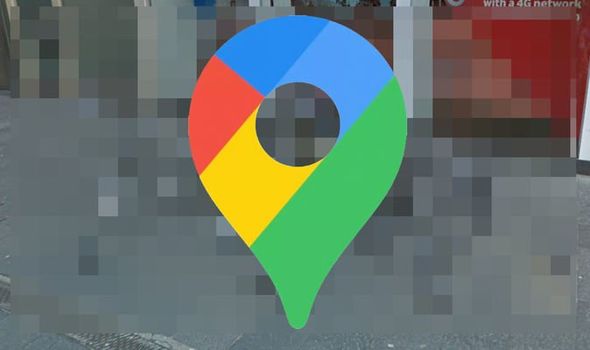 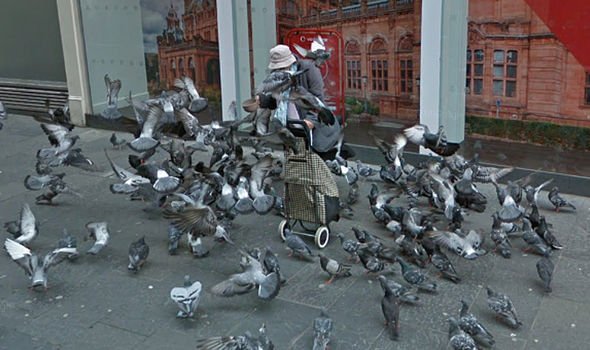 Often, these unusual scenes are shared for the world to see.

The tool is often used by eagle-eyed users to spot incriminating moves or people in strange positions.

Those users then upload the images on social media or forums to catapult them to their five minutes of fame.

In fact, the most unusual and bizarre pictures often go viral.

And this could be the case for one woman in Glasgow, Scotland who was unfortunately attacked by some hungry birds.

The scene unfolds on a street in Glasgow outside a phone shop.

The elderly woman in the scene is wearing a pale pink bucket hat, a grey jacket and a blue, floral scarf.

She has a shopping trolley in front of her that she is holding onto as she tries to push off the pigeons. 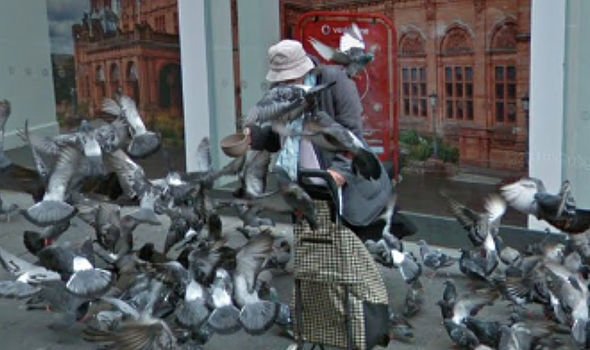 The woman’s face is covered by one of the pigeons, so it’s unclear whether she is comfortable with the situation she is in.

It looks as though she has a small bowl she is holding out which could mean she is feeding the pigeons herself.

The birds have swarmed around her so that even one is even resting on her back.

The strange scene was shared on Reddit which attracted a multitude of comments. 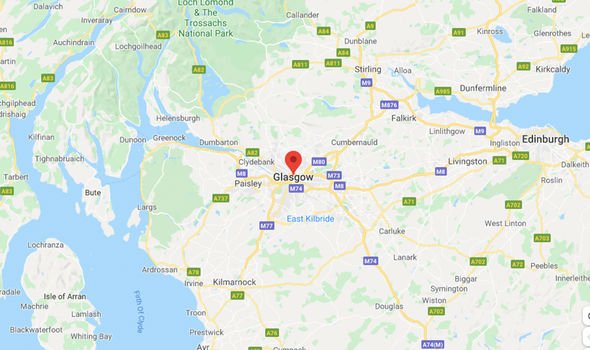 Another commented: “That’s not a shenanigan, that’s just normal Glasgow.

“That is an obnoxious amount of pigeons.”

Another said: “I wonder how many pigeons are dropping dead from starvation right now.”