Earlier today, Southwest, Delta and United Airlines all announced at least some degree of improvement in terms of new customer bookings over cancellations for the first time in many weeks and plans to start adding flights back into their schedules for summer.

While positive indicators for the industry may appear modest, any improvement in passenger demand, rise in new bookings and decreased cancellations represents a step in the right direction at this point.

According to CNBC, Southwest Airlines reported today that new passenger bookings are outpacing cancellations in May—signaling a turning point amid the COVID-19 pandemic and a hopeful sign that the detriment inflicted by the health crisis upon the aviation industry over the past few months could be beginning to mend. Southwest saw far more cancellations than bookings made during most of March and April.

For the remainder of May, Southwest still forecasts its schedule will remain reduced by 60 to 70 percent, compared to the same month a year ago. The carrier also predicts selling only between 25 and 30 percent of seats on that vastly reduced flight schedule, and that this month’s revenue will come in at 85 to 90 percent less than in May 2019.

Still, those numbers aren’t quite as bad as originally anticipated, since Southwest’s earlier expectations were that just five-to-ten percent of seats would sell and a 90- to 95-percent drop in revenue for May 2020 would be seen. In comparison, its final April 2020 figures revealed revenue fallen by 90 to 95 percent and that just eight percent of its seats had been sold.

Yet, its forecast for June has improved, as Southwest now expects a 45- to 55-percent capacity reduction compared to the same period last year. The airline said it foresees selling between 30 and 45 percent of its seats, and that revenue will probably be down between 80 and 85 percent for the month. 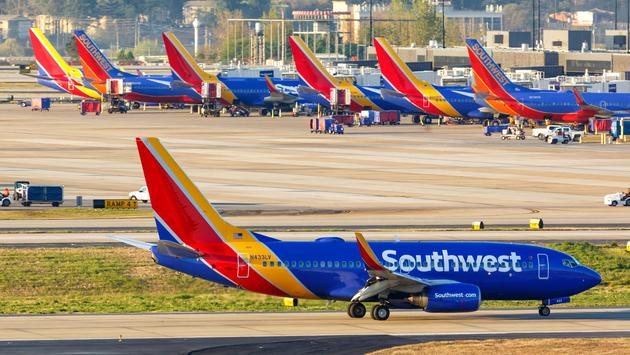 Delta’s booking trends have also improved, with new bookings outpacing cancellations on “some days” in May so far, CFO Paul Jacobson said in an investors’ presentation, according to CNN Business. “We have seen a little bit of a bounce off the bottom. My caution is not to draw too many conclusions. But there are reasons to be encouraged,” he said.

Yesterday, Delta announced the addition of about 100 flights daily to its June 2020 schedule. To allow for new, onboard social-distancing measures Delta will need to leave 50 percent of first-class seats and 40 percent of economy seats open on flights, he pointed out.

Even though the actual amount of seat sold is typically a fraction of those upper limits, Jacobson warned against the temptation to fill flights to those caps on high-demand routes, referencing recent social-media posts, which suggested that airlines were overfilling flights, despite new social-distancing policies.

“Credibility matters. We’ve got to keep those promises [on social distancing],” Jacobson said. “People have to get comfortable. What we’re trying to do is remove as much uncertainty as we can. All of this is to raise the [passengers’] level of confidence.” 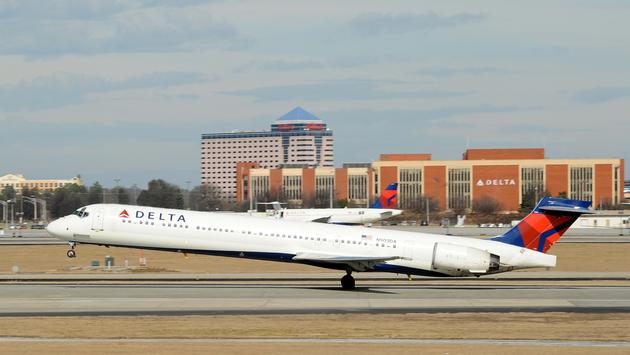 United also reported that its customer cancellation rates have fallen, and said that it expects demand for U.S. domestic and certain international destinations to pick up during the remainder of 2020’s second quarter. The carrier said that it forecasts scheduled capacity in July to be down around 75 percent from what it was last year, which is still somewhat of an improvement from the 90-percent cutback in its schedules for May and June.

Intent on proceeding cautiously, United said that it, “plans to continue to proactively evaluate and cancel flights on a rolling 60-day basis until it sees signs of a recovery in demand.” 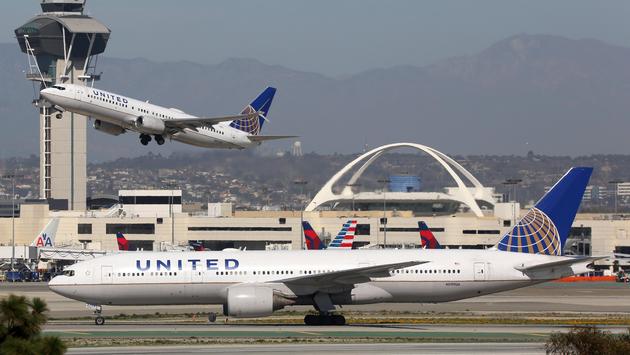 Transportation Security Administration (TSA) counts also point to slight, but promising, signs of recovery. The number of passengers passing through TSA checkpoints at all U.S. airports collectively on Monday, May 18 was 9.3 percent of what it was on the third Monday of May last year, which is still a pretty dismal number when taken on its own. But, held up again the 3.6 percent of previous-year traffic seen passing through those same checkpoints on April 16 (its lowest point), that increase is looking pretty positive.